Parapente Tropical.com is a company founded in 1987, dedicated to giving Tandem Flights accompanied by an Instructor - Monitor both in Paragliding (Free Flight) and in Motor Paragliding (Paramotor & Paratrike) in Granada (Sierra Nevada - Cenes de la Vega), on the Tropical Coast of Granada (Motril and Almuñecar), as well as in the Alpujarras Granada.

We have been teaching Flight Classes - Courses for more than 30 years and we are 100% dedicated to teaching Paragliding and Paramotor Flight, in which we can teach Initiation, Progression and Improvement Courses.

Since 1989 we have used the two-seater flight system (passenger accompanied by an instructor) to teach our students as is done in all dual-command aerial disciplines. Helping to increase your confidence and security, feeling at all times under control.

Give a Flight to your wife, your son, your grandmother, your friend, your boss ... .. or the one who always talks about how daring he is, let's see if dare with this. We have the perfect gift ... 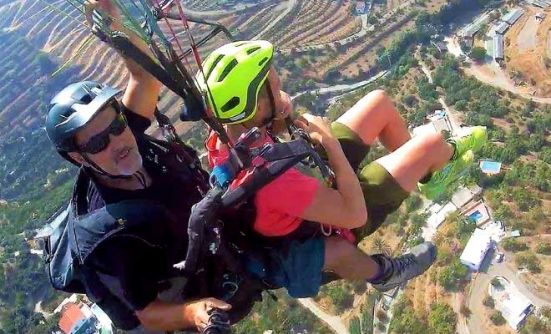 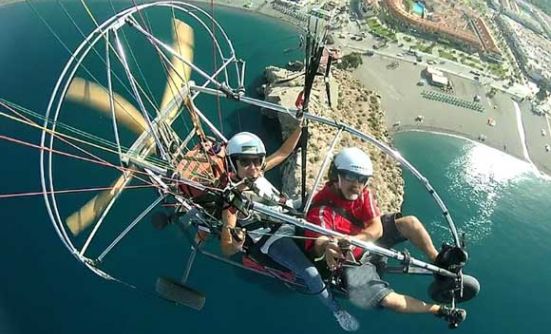 Paragliding & Paramotor
!! The safest and most affordable form of aviation !!

How do you want to fly? In Paragliding or Paramotor & Paratrike? 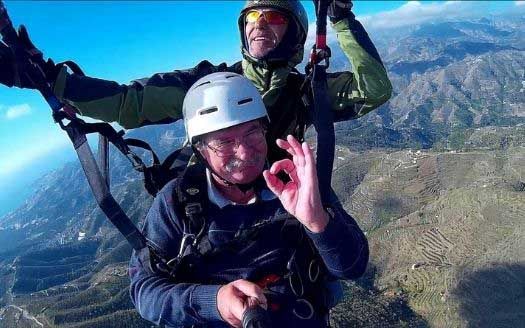 Fly in a Tandem with Paragliding

You will be able to realize your dream of flying in Granada and on the Costa Tropical (Motril and Almuñecar). Accompanied by an experienced pilot you will be able to fulfill your dream and move through the air only with the wind experiencing a feeling of tranquility and peace while observing the world from a different perspective from a bird's eye view. 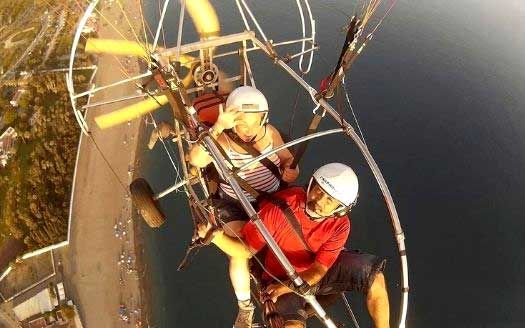 Fly in a Tandem with Paramotor & Paratrike

During the flight we will be able to enjoy an incredible landscape and there will be two phases, one in which we will fly up to the maximum height allowed observing the entire landscape of the Costa Tropical de Granada and the other in which we will make a very low flight over a clear area to not disturb anyone and where we will appreciate the feeling of speed the most.

We fly in a spectacular setting full of color contrasts
and pleasant temperatures all year round.
!! Live the best experience !! 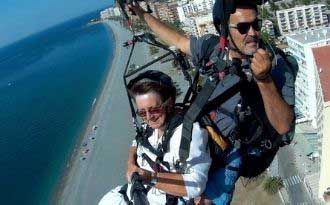 Do you want to book a flight?

Make the Reservation of Your Flight, very easy simply fill out our Form or call us by phone.
See more >> 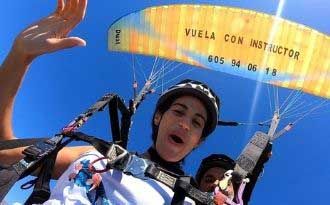 Do you want to see FAQS ?

These are the questions and answers to some of the most common doubts that you ask yourself.
See more >> 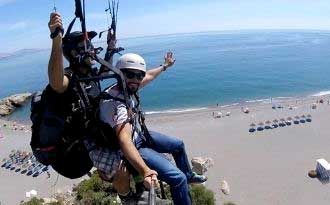 Do you want to see Instructions?

Courses of Initiation, Progression and Improvement to Paragliding and Paramotor 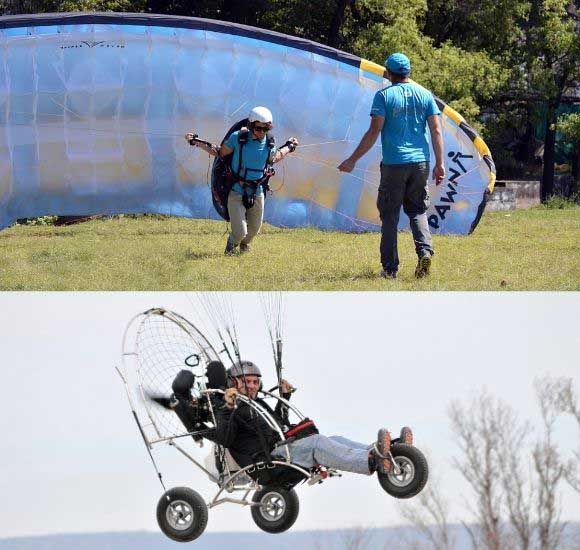 We can offer you a complete training from initiation, progression and improvement such as acrobatics, cross country and being a tandem flight instructor in both Paragliding and Paramotor.

The courses we take are personalized and designed for the needs of each student and we can adapt to the student's schedules.

We use the latest generation material, the paragliders are class EN-A, ideal and safe for initiation to flight in Paragliding or Paramotor & paratrike.

Our location by the sea provides us with a soft and laminar breeze ideal for teaching and practicing our sport.

Learn + Fly in Paragliding and Paramotor with Parapente Tropical

Do you want to see our Photo and Video Galleries?

Enjoy an incredible landscape of the Tropical
Coast of Motril and Almuñecar in Granada
!! Fly with Parapente Tropical !!

Do you want to know more about us and the contact?

Go to contact: Phones, Form and more ...
See more >>
Do you want more information ?
Call us or Email
605 94 06 18
This email address is being protected from spambots. You need JavaScript enabled to view it.